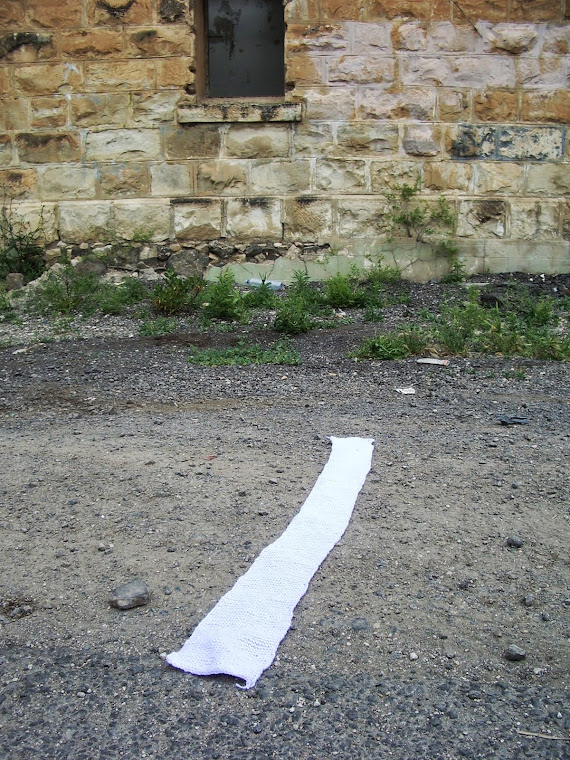 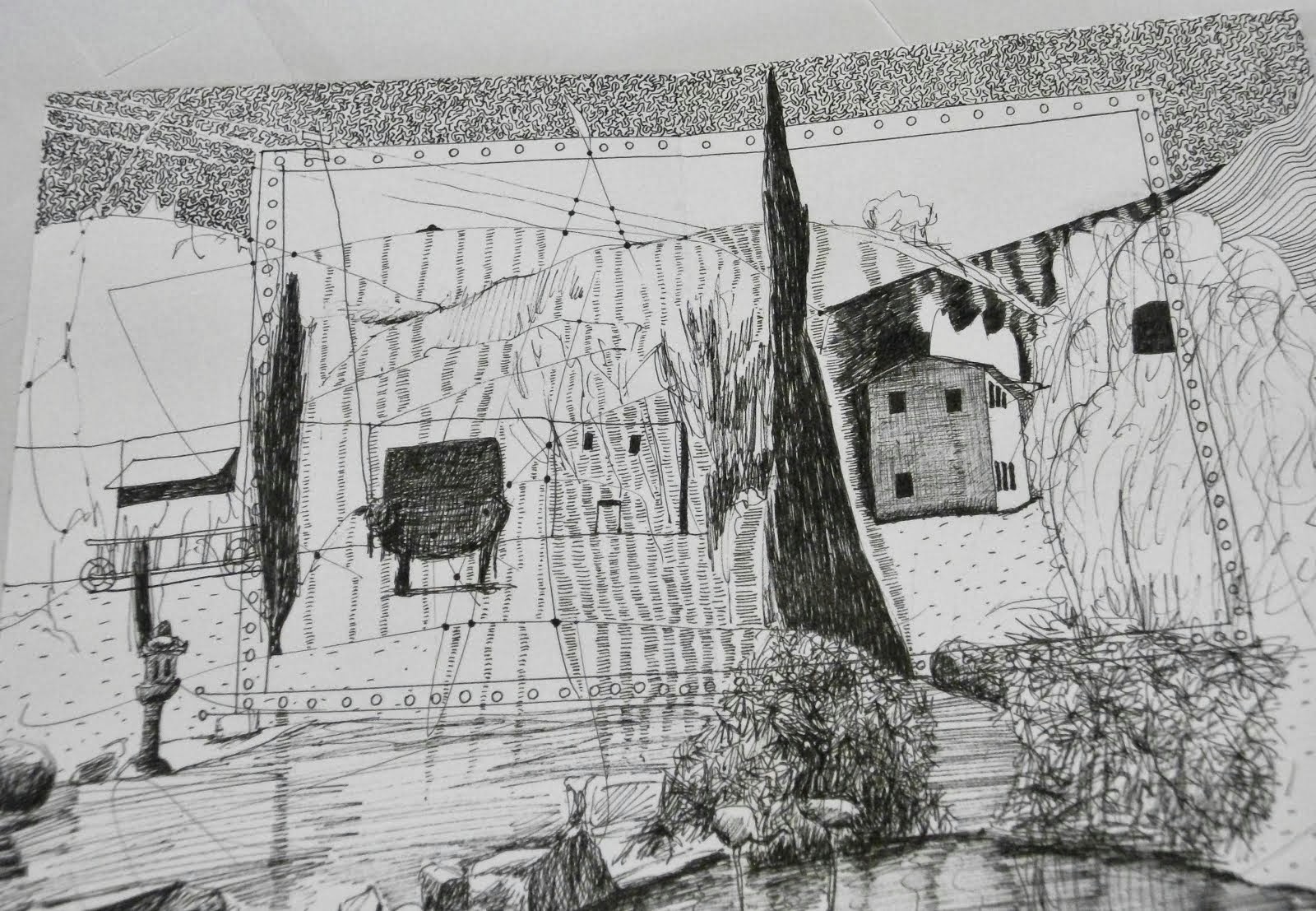 YNG, Samakh and the Japanese Garden, Ink drawing in sketch-book, 2011 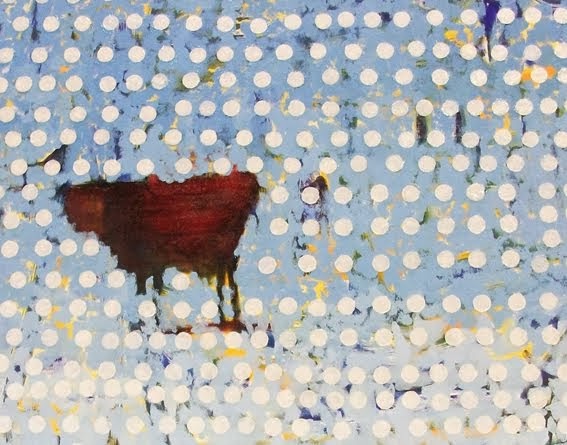 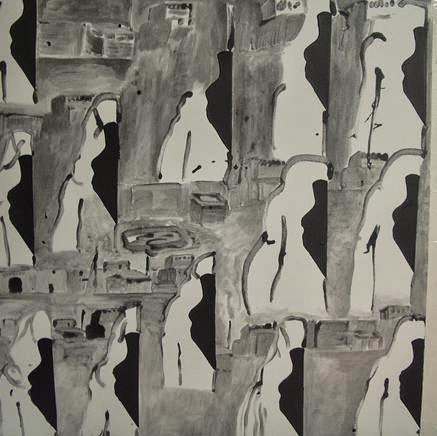 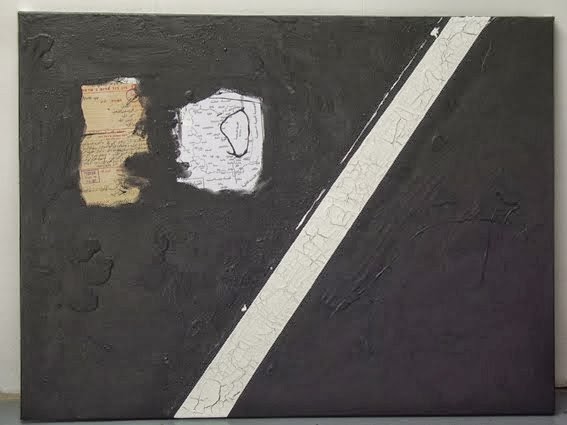 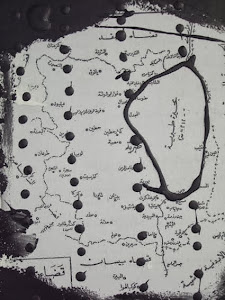 YNG, A lake beyond the wind - detail, Graphite powder and PVA glue on canvas, 2009 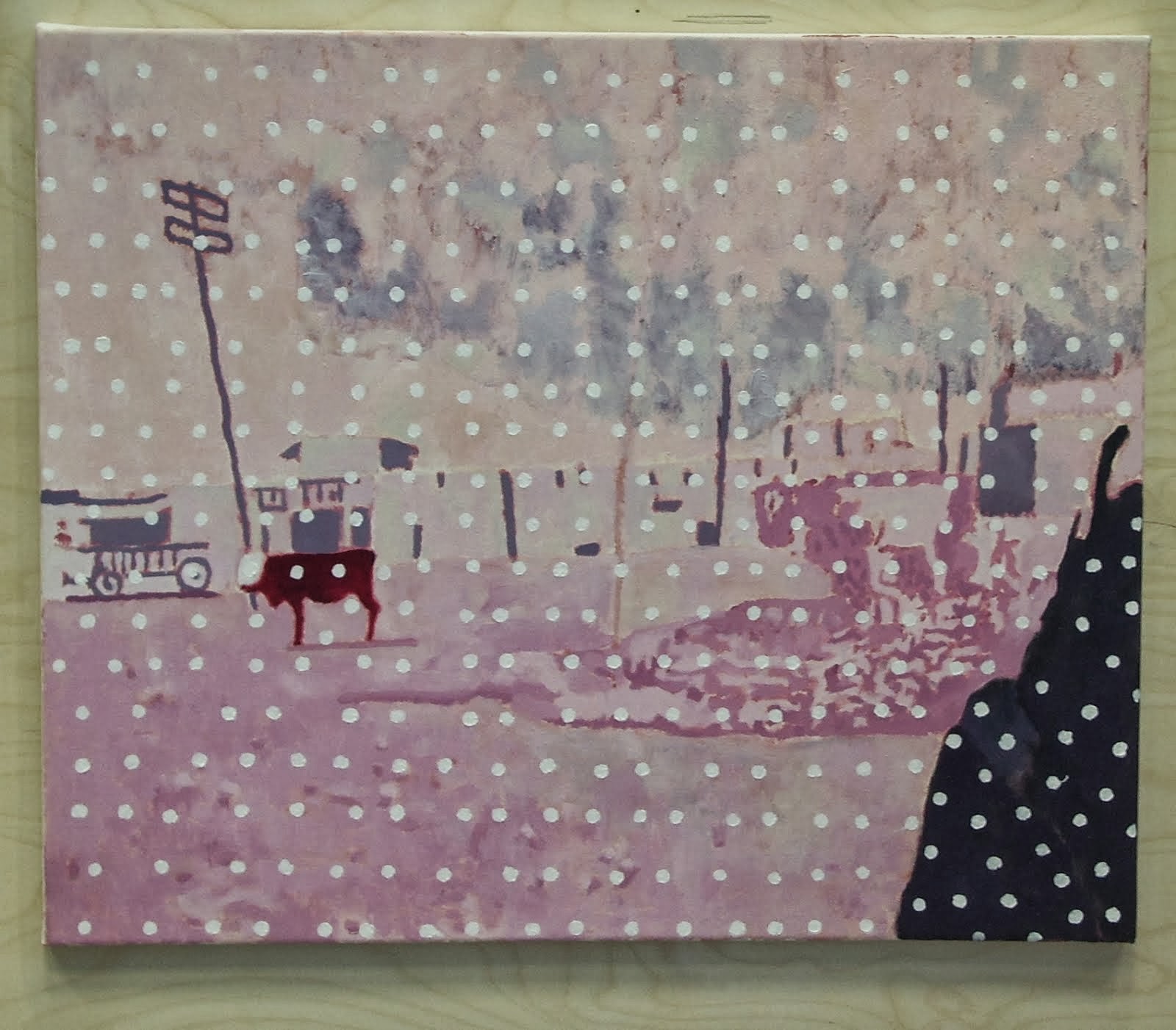 YNG, "Turn to the wall and go to sleep", Graphite powder and varnish, white emulsion, 2009 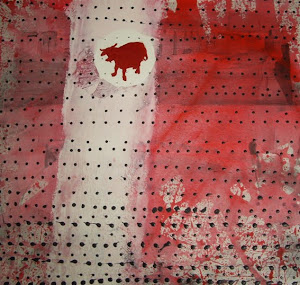 Elements such as: a black ‘blob’ in the centre; a figure at the foreground; and a building behind the figure. We can ask ‘what is this black ‘blob’ in the centre of the photo?’, ‘who is the person standing in the foreground?’, ‘what is this building which is half hidden behind the person?’. We can give verbal answers to these questions. ‘The black ‘blob’ is a cow standing in front of an open shop or store’; we don’t know who is the person or what the building behind him or her is. However, in art we are after visual possibilities and speculations, rather than answers. While identifying the photographic elements is important, ‘cracks’ are equally important as they ‘open the door’ to a symbolic thinking which comes from memory and the imagination. On the one hand, memory is historically and culturally informed; memory is in tune with my past (which is not only mine), of kibbutz childhood trauma and of trans-generational traumas. On the other hand, imagination, according to Gaston Bachelard, ‘separate us from the past as well as from reality; it faces the future. … If we cannot imagine, we cannot foresee.’[1] 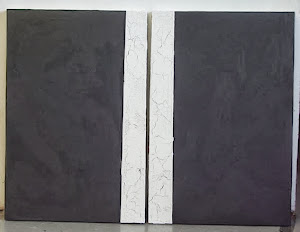 Crack ‘To break without complete separation of parts...'

Finding ‘cracks’ in the photograph of Samakh

I call ‘cracks’ those elements in the photograph which are not clear. More precisely cracks appear when we enter into a dialogue with a photograph along the lines of knowing and not knowing.

'Open grieving is bound up with outrage, and outrage in the face of injustice or indeed of unbearable loss has enormous political potential.'
From: Judith butler, Frames of War, p. 39. 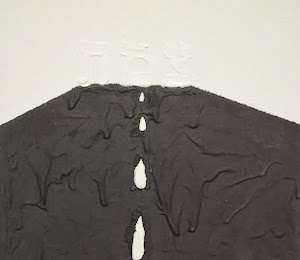 What did this ‘discovery’ evoke in me?

At first I felt confused. How can it be that there was a lively town here, near the place where I was born, yet I knew nothing about it? I never heard the name ‘Samakh’ mentioned in any of the history lessons at school. I gradually started to feel anger and even outraged at this. Most of all, I felt disturbed by the fact that this ‘small’ piece of history was hidden from me and my generation. 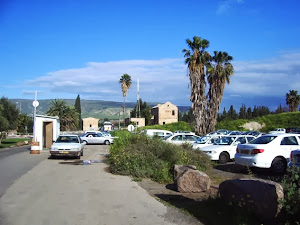 Two extracts from A Lake Beyond The Wind by Yahya Yakhlif (2003).

Radi sat in his uncle’s shop, behind the plumbline scales. As he waited for his uncle to come back, he sold a few things but mostly he was just bored. People in Samakh didn’t really know what to do with themselves. They were waiting – waiting for the unknown. The whistle of the Haifa-Deraa train didn’t sound now. There was nothing to fill the space of the small town except anxiety; nothing, any more, to evoke a sense of security.’

2. ‘Next morning we moved among the groups of refugees crossing the river into Jordan; among wan faces with dead eyes, faces drained by shock.

There were mothers trying to nurse from breasts where the milk had dried up, and pale-faced men carrying children too exhausted to walk any further; people waiting for their families, suitcases, bundles and abandoned possessions, all amid a clamour shot through with the sounds of lamentation.’ 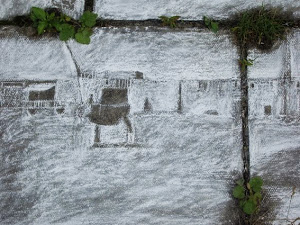 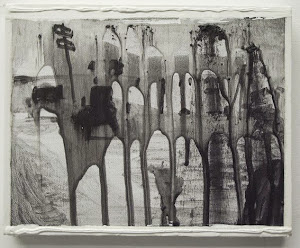 A quick search on the internet revealed a web-site dedicated to this Palestinian town. I chose one photograph of Samakh from this website and have been working with it since 2009. 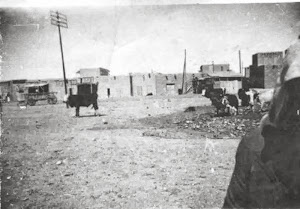 In 2008 I went to Winchester Discovery Centre and saw a small book entitled: A Lake Beyond The Wind and underneath, in small letters was written: Palestine. It occurred to me that I never read a Palestinian literature, so I borrowed the book, read it and wept. 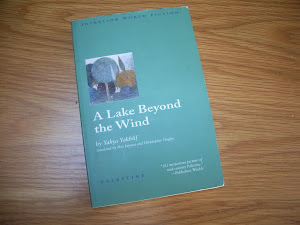 Yahya Yakhlif, A Lake Beyond the Wind, Interlink Books, 2003